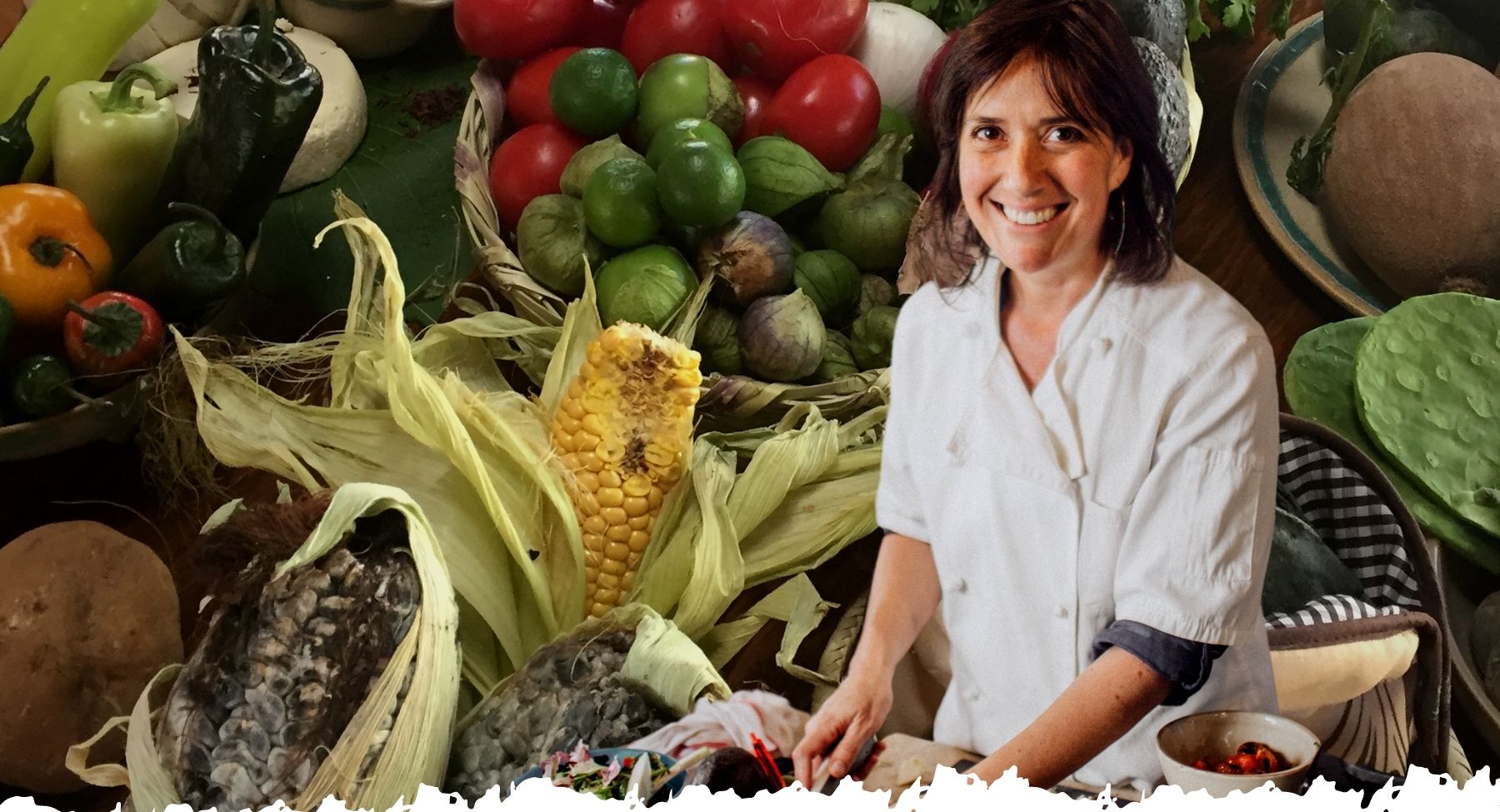 Alicia Wilson Rivero will say she is a teacher and food enthusiast more than a chef. And for more than 10 years, in San Miguel de Allende, she has been making her mark as a food business mover and shaker with Pura Vida Cooking School, and now Deli-Q which offers an international menu of prepared foods.

In this episode, she chats with Margret about her journey from her early days in kitchens of Manhattan, to building this life that she loves in San Miguel with food, connection and nutrition being central to “pura vida”.  As she’s honed her craft in this environment, working with local suppliers and using local produce to create dishes with international flavor makes sense especially for a community that is becoming increasingly international in flavor.

You’ll hear about some particular plant foods of this semi-desert location, her love of chiles to transform any basic dish, and some other favorites she likes to teach about, especially to new residents.

Some Ingredients in this Episode

Not an exhaustive list of all ingredients in the episode, but here’s some likely to be unfamiliar to many listeners.

Garambullo fruits are a delicacy to the semi-desert central States, harvested from the Garambullo (Blue Myrtle) cactus. You can snack on them, or use them in a salsa. They are full of very tiny seeds, so the best way to enjoy them is in nieves – it has a beautiful magenta color and flavor not unlike blueberry-raspberry, and as the color would suggest, full of anti-oxidants and Vitamin C. The flowers of the cactus are also eaten, but very delicate, so prepared very close to where they are harvested. (Learn more here- link in Spanish)

The word quelite refers to any edible leaf green or bud. In this episode while talking with Alicia, Margret mentions that she liked to buy them pre-cooked for an easy meal. In Central Mexico, quintoniles – greens of one variety of amaranth– are the most commonly used quelites. Chaya, below, is also considered a quelite, but the word quelite has its origin in the Nahuatl language. In a Mayan region, the word quelite will not likely be understood.

You can learn lots more about quelites in Episode 2! Here’s the link to that show’s notes and episode

Chaya is a hearty green leaf at the core of the Mayan diet throughout Yucatán. They aren’t native to San Miguel de Allende, or the region around, but they can grow reasonably well.

In Episode 1 of Mighty Zapote, Erin Gomez Danielson talks more about chaya – you can find the episode and notes here

The large wide, heart-shaped leaves of hoja santa can range from the size of a hand to the size of your head! They impart a lovely anise flavor especially when wrapped around a protein like a soft cheese, fish or chicken. Alicia talks about their use in an egg dish prepared by Deli-Q chef/partner and former chef/owner of Querencia, Esmeralda Brinn.

Look for these by the local name flor de izote. Native to the area, they are not commonly served in restaurants – but in local festivals in desert regions you may encounter dishes prepared with them.

In a market, yucca flowers will be sold by independent vendors who forage for them. Margret found these (photo) at the Tuesday tianguis in San Miguel de Allende in May.

This yellow fruit is called nanches. Margret and Alicia agreed it’s an odd little berry, kind of cheesy in flavor. Often, it’s preserved in liquor or honey. If you have found a good culinary use for it, we would love to hear about it!

It’s well-established we love this surprising black fruit, and so does Alicia, declaring it her “must try” fruit.

Top, the dark green-black, withered fruits are ripe, while the green ones below will need about a week to become ripened. As you can see, not all fruits are round. Some can taper to a point at the bottom end.

Here’s a recipe for a quick pudding using zapote negro, along with more info about the fruit…